You are here: Home1 / 9 Observatories in France2 / Fontaine de Vaucluse

With an average interannual discharge of 20 m3/s, Fontaine de Vaucluse is one of the largest karst springs in Europe.

Fontaine de Vaucluse is almost the sole outlet of an exceptional karst system, both in terms of the size of its drainage basin (1130 km2) and the thickness of the unsaturated (800 m on average) and saturated (>300 m) zones. The size of the system gives an approximation of the impact of lateral variability in ‘depositional environments’ of the carbonate facies, of processes of fracturing and karstification, and flow dynamics. The Messinian ‘structuring’ of this karst is typical of the Mediterranean region. The conduit that conveys water to the spring has been studied as far as the elevation of -204 below mean sea level and is the origin of the term vauclusian system, which defines a karst system in which the drainage network has developed below the level of the outlet. Upstream of the spring, in the the Sorgues region, rivers are associated with important societal issues (flood warning, irrigation, biodiversity, and green tourism).

The work conducted within the observatory is focused on improving the understanding and conceptual and numeric modeling of the hydrodynamic and hydrochemical functioning of various compartments of karst hydrosystems, within the context of global change. It is based on multi-disciplinary observations conducted at multiple scales. The downstream basin of this hydrosystem is one of the preferred experimental sites of the UMR 1114 EMMAH (AU-INRA) and the research community extends beyond karst hydrogeologists.

First measurements date back to 1887 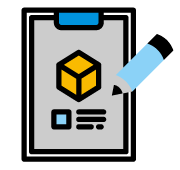 Long-term monitoring conducted by the observatory includes the following: